A new interactive digital attraction at London’s Madame Tussauds features Angry Birds, the very popular characters produced by Rovio Entertainment. Guests step in and take part in a key scene of the movie starring alongside Chuck, Red and Bomb.

A large curve screen coated with Screen Goo High Contrast coating and projected on by a Panasonic laser 6500 lumen projector provides the main immersive stage for the action.

Crucial FX generated 3D graphics to bring the scene to life while the public took part in the action, all in real time.

The show is scheduled to go on a 5 year tour appearing at all of Madame Tussauds museums worldwide. 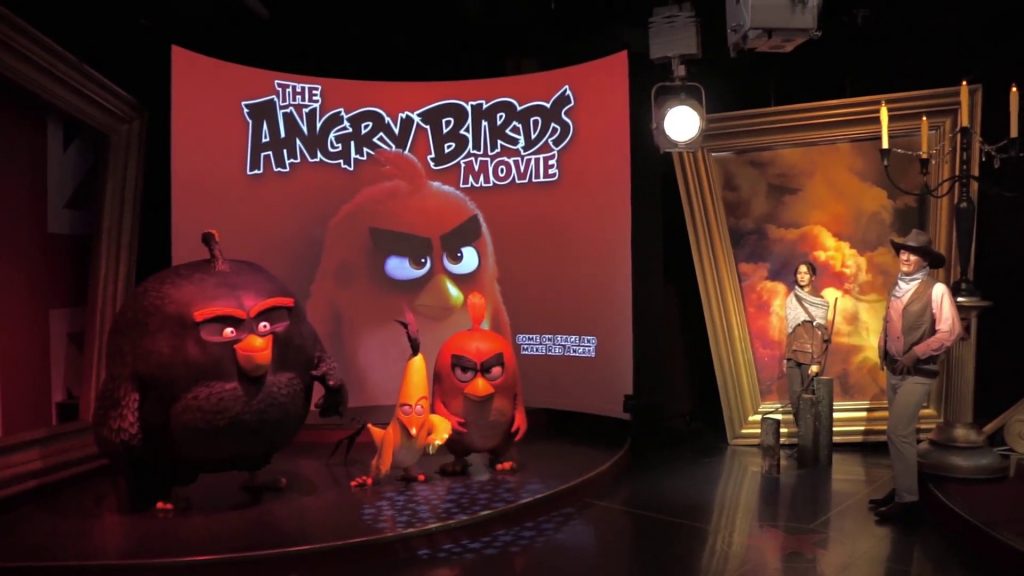 More photos and videos can be watched at Crucial FX website.