The first annual Mendocino Film Festival, has wrapped up four days of screenings and seminars. Held May 18th to May 21st, 2006 in historic Mendocino, California and featuring presentations from such luminaries as director/producer Sydney Pollack and cinematographer Laszlo Kovacs, the festival was a rousing success.

Said Tony Zeoli, president of Alternative Home Theatre,: “It was a great pleasure to be given the opportunity to make a contribution to the inaugural Mendocino Film Festival. We consider it a privilege to be associated with this venue, dedicated as it is to supporting emerging film making talent.”

According to the festival’s board of directors president Keith Brandman, noted director Sydney Pollack (Out of Africa, The Way We Were, Absence of Malice, The Electric Horseman, Three Days of the Condor, Tootsie and many more), on hand for a question and answer session with attendees, was quite impressed with the appearance and performance of the Festival’s Goo screens. 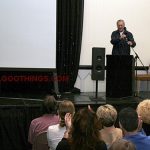 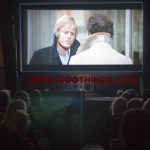 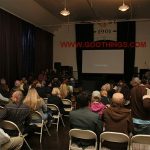