Story verbatim from the “Museums and Relevant Products and Technologies Exposition”

Under the guidance of the National Bureau of Cultural Relics, the MPT-EXPO was established in 2004 by the Chinese Museums Association and the China Natural and Scientific Museum Society along with other organizations. The MPT-EXPO has already been held successfully four times. In total, over 600 museums and more than 1200 suppliers of products and technologies have had the opportunity to participate in previous fairs as well as more than 800 experts from China and around the world.”

At the eve of the opening of “The 7th Chinese Museum and Relevant Products & Technology Exposition” the show organizers decided to hold a product competition amongst show participants for the best museum technology award.

Recognizing the excellent performance and wide usage with several large Chinese museums such as The China Olympic Games Museum and The China National Garden Art and Technology Expo in the past several years, Screen Goo was selected by the organizers and won the second highest award given by the web audience and show participants.  Screen Goo was awarded the “Museum Creative Display Award” of the year for museum projects done before 2015. 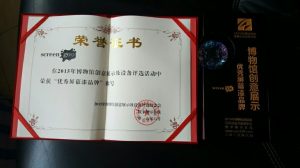 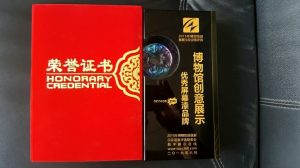